I’m sure we all know someone who has a unique style that polarizes drastically from ourselves, but have you ever dressed or styled yourself uniquely after a character or theme within a game? Sure, we have cosplay, but normally that is for some event. What I’m asking is have you worn something, applied your makeup, or styled your hair after someone or something inspired by a game in your everyday life?

I know plenty of people who mimic their style or at least base next year’s Halloween costume on what they are playing or watching, which I consider an in the moment type of glow up. I also know people that year-round will wear, style, or even act like an in-game character. Could it be character jealousy, infatuation, appreciation, or a combination? Of course, no judgement from me, but what shapes your style?

I always have had a good head of hair and as a kid and teenager I never considered doing anything out of the ordinary besides your typical 90’s bowl cut. So, in college in the mid 2000’s I had friends who were learning to cut hair and they needed test subjects, so of course I knew this could be an opportunity to try something new and possibly refreshing. After playing some Japanese based games, mostly Soul Calibur 2 and 3, I decided that I wanted to try something in that realm, so my friend gave me a faux hawk. The hair was something so wildly different for myself that it made me realize I can silently borrow elements from games and infuse them into my own appearance.

I have black hair, and so I had my cousin dye my hair blond. Vault boy from Fallout sparked this idea, however, in the end it turned my hair more orange instead. A picture was posted on Facebook, and I had a user comment on it, saying that I looked like the cat named Tiger, from An American tail: Fievel Goes West. Glad I could get some chuckles out of this one, even at my own expense.

Though you may not think about it at all, you have a style that was shaped from somewhere, someone, or something. So, for me to have a cornucopia of hairstyles is not so farfetched. Later in life I gravitated more to dressing in suit coats and dress shirts based on the styles I had come across. I even started “Suit Coat Fridays” at my college to have a bit of fun, with my most unique coat being mint in color. Looking dapper makes me feel much more confident. When it comes down to your own style, it really is what you choose that makes you feel confident, comfortable, and happy. So please do you! 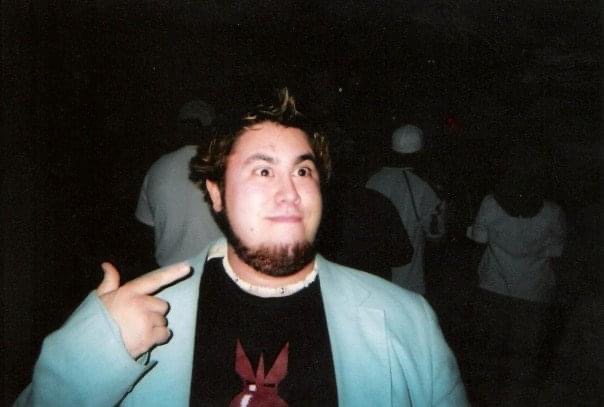 Have you dressed or changed your appearance based on a game? Did you ever go through any type of phase? How do you get inspired? Let’s see those pictures or hear your descriptions.

Share your reactions below or join the conversation on the Boss Rush Discord (or you can use the QR code below)!

One thought on “Boss Rush Banter: Has a Game or Character Influenced Your in Real-Life Style?”

Degrees in Multimedia and Digital Entertainment & Game Design! My passion with games started because of Nintendo! Writer & Engineer View all posts by Shane Kelley